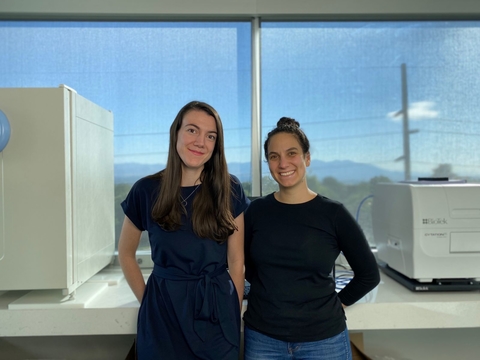 From targeted drugs to immunotherapies, cancer care has made enormous strides over the years. Despite this proliferation of new treatments, oncologists still rely on certain presumptions to pick the best option for their patients. Known Medicine wants to take away that guesswork.

Make no mistake—these doctors are the best people to be making such decisions, but they’re “definitely making a best guess,” co-founder and CEO Andrea Mazzocchi said. Their predictions could rely on the biomarkers found in patients’ cancer tissue and what has worked in the past for similar tumor profiles. But it can get tricky when cancers have no obvious genetic drivers—or when treatments like checkpoint inhibitors may work well for some patients but not others.

“We are adding another tool for physicians to make the best decision. We do that by modeling not just a patient’s cancer cell, but also a bunch of other cell populations,” Mazzocchi said. Those include immune cells and the stromal cells that form or connective tissue, which can affect how a tumor may respond to treatment.

Here’s how it works: Known Medicine receives a tumor sample from a hospital and breaks it down into several mini-tumors in its lab. It then doses each model with different cancer drugs and drug combinations to see what works best for each patient.

The company is an extension of Mazzocchi’s research at Wake Forest University, where she completed a Ph.D. in biomedical engineering. “As I approached my defense, I started thinking about what to do next,” she said. “Working in a company didn’t sound great—there were no companies doing what I wanted to do.”

A move to Utah introduced Mazzocchi to Katie-Rose Skelly, a data scientist at the artificial intelligence drug discovery biotech Recursion Pharmaceuticals. They launched Known Medicine in February of this year and applied to Y Combinator’s early-stage startups program in March—in the thick of the COVID-19 pandemic.

“I defended my thesis two days before I had to apply to Y Combinator, the day North Carolina shut down for coronavirus. It was the wildest three days,” Mazzocchi said.

Those days were worth it. The company grabbed $150,000 in seed funding and stands to pick up even more after pitching its work to investors at the accelerator's Demo Day later this month.

Known Medicine’s approach focuses on the FDA-approved standard of care for each specific cancer. It could be particularly helpful in suggesting the off-label use of different chemotherapies that “are not so obvious to find,” Mazzocchi said. The company works closely with oncologists at Wake Forest, to stay on the “cutting edge” of cancer treatment and make sure it’s not missing any possible options.

“It has to be removed or the patient loses the ability to breathe,” Mazzocchi said. “We take what normally would be discarded and separate the cell population out [from the plasma].”

The company identifies cancer cells, stromal cells and immune cells from the fluid sample and then puts them into culture in measured ratios so that all the mini-tumors are identical. After the tumor models have rested, the team starts testing cancer treatments. The process is much the same for the solid tumor patients, except that tumor samples won’t contain immune cells—the company pulls those out of the blood sample.

The feedback on each treatment goes beyond how many cancer cells in the models live or die, Mazzocchi said.

“We want to know what the longer-term effects of these drugs are, beyond just the five-day assay we run,” Skelly said, adding that the company could use machine learning to find cells that are pre-apoptotic—on their way to death—that would show up as alive in its test, but would respond to treatment over time.

Known Medicine’s immediate goal is to make sure cancer patients get the best treatments faster, said Skelly, who serves as the company’s chief technology officer.

“In the longer term, that will likely also involve partnerships and discovering new treatments for patients. That’s one of our long-term visions,” Skelly said. “But any way we can make sure patients are treated in the best possible way—that is what we’re chasing after, first and foremost.”

Known Medicine plans to first partners with doctors from various research institutions, to validate the company’s approach and technology. And it’s already thinking about scaling up its approach.

“What we want is a fully automated system where we don’t have to have people handling things at virtually any point and that can be scaled up for any patient without mistakes,” Skelly said.

Moving forward, the company hopes to develop a testing kit for research use, and then one for clinical use, Mazzocchi said. The goal is to put its product in every hospital or cancer clinic, not just to help patients, but also to collect data to eventually be used in drug discovery.

That’s another place where Skelly’s AI chops come in. While Mazzocchi holds multiple degrees in biomedical engineering, Skelly studied computer science and earned a master’s degree in biomedical informatics before heading to Utah to work for Recursion.

“I’m a big fan of biological imaging datasets. There is a ton of rich information about biology from pictures you can take, even in things that aren’t visible by eye to people. Computers can pick up on so much,” Skelly said. “The more data you have, the better they get at figuring out what is working and what’s not.”

As the company builds its dataset, it will start looking for indicators in the images that can predict whether a patient will respond to treatment or experience side effects, she added. That requires collecting a lot of data in a consistent manner.

“In the future, we will be able to look at a picture of a [mini-tumor] that’s been treated with a drug and tell you whether that treatment is working or not,” Skelly said.

The Right Drug for Every Patient